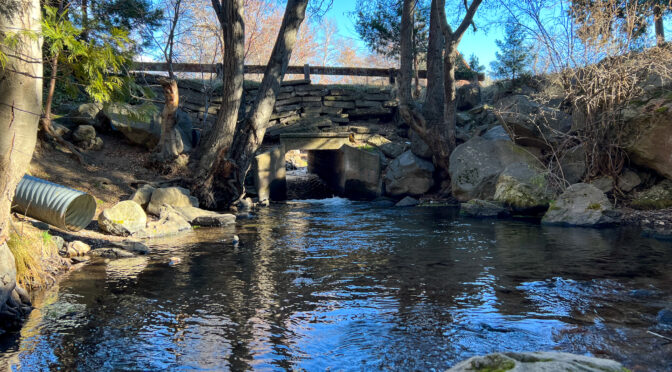 Above photo: Boles Creek flows under Grove Street in Weed. Grove Street carried the first routing of US 97 into Weed.

During the past couple of months, I have spent what little bit of free time I’ve had chasing down some benchmarks, determining the early routing of US 97 through Weed, California, and doing a little exploration of former US 99W and US 99E. I still have some research to do on the aforementioned section of US 97, as well as some pictures to take, but I hope to have a post up in the next month or so on that subject. If you are a member of the Facebook group “California Historic Highways” you’ve seen some results of my research already posted to that group in the past few weeks.

Benchmarks: I added benchmark W 494 to the Siskiyou County, California Survey Marks page. This benchmark is near the first routing of US 97 outside of Weed, after the southern terminus of 97 was moved from Ashland, Oregon, to Weed in 1934.

I also added new pages for Butte and Tehama counties in California. The first benchmark listed in the Butte County page is near the crossing of an abandoned branch of the Sacramento Northern Railway over CA State Route 99 (ex-US 99E).