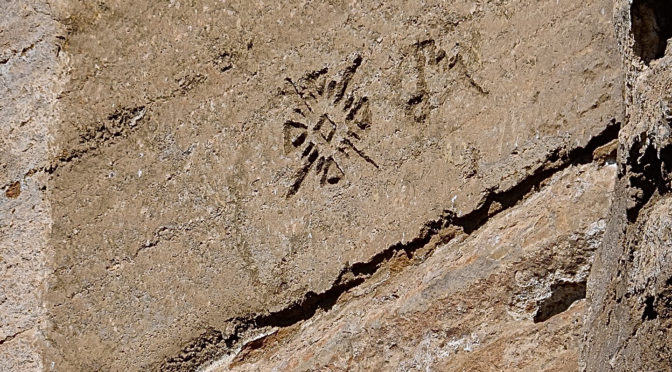 After a few weeks of self isolation, and the onset of great spring weather, my wife and I headed out for a day trip through eastern Siskiyou County, as well as parts of Shasta, Lassen, and Modoc counties, California, and Klamath County, Oregon.

This is sparsely inhabited country, consisting of national forest lands, large ranching and farming operations, small towns, and stunning volcanic, forested, and high desert vistas. This was mostly a scouting trip to plan future explorations. Some parts of this country I had never been to, and others it had been decades since I visited.

Inside the 300 mile round loop is found Mount Shasta; the Medicine Lake Highlands, including the massive Medicine Lake Volcano; the McCloud, Pit, and Fall rivers, which flow into the Sacramento and then the Pacific Ocean through the Golden Gate some 300+ miles south; Lava Beds National Monument; the Tule Lake and Lower Klamath National Wildlife Refuges; the remains of historic lumber, agricultural, and railroad operations; large cattle ranches; numerous alfalfa, hay, potato, garlic, onion, and horseradish farms; and Native American reservations and historic sites. The trip also skirts the Klamath River along the Oregon border.

This region on the eastern side of the Cascades is classic Basin and Range landscape, combined with the spectacular results of Cascade volcanism.

We loaded on provisions for the day to minimize our contact with others. We drove counterclockwise from Mount Shasta on this loop. State Route 89 (Volcanic Legacy Scenic Byway) going east takes you through the former lumber town of McCloud, then through federal and privately held forest lands for about an hour until reaching the junction of 89 and State Route 299 (Lassen State Highway). This portion of the drive treats one to an impressive view of Mount Shasta’s east side, as well as titillating turnoffs to a multitude of destinations (McCloud River and its falls; Pondosa ghost town; stretches of the abandoned McCloud Lumber Railroad (now a multi use trail); and Burney Falls and the nearby railroad bridge used in “Stand By Me”).

As you approach the 89/299 junction, the forest gives way to views of grass covered valleys, flood basalts, and other volcanic structures, such as cinder cones and impressive secondary volcanic peaks in this eastern side of the Cascades, such as Burney Mountain (7864 feet). As you head east on 299 to the town of Fall River Mills, the highway climbs a volcanic ridge, with a spectacular canyon carved by the Pit River to the south. Here, one gets a view of Lassen Peak, as well as other prominent secondary volcanic peaks between Lassen and Mount Shasta.

It’s amazing how much water there is in these parts. Just north of Fall River Mills lays Ahjumawi Lava Springs State Park, which is only accessible by boat. According to Wikipedia, “The park sits on “one of the nation’s largest systems of underwater springs.” They produce some 1.2 billion US gallons (4.5×109 l) of fresh water per day into the aboveground waterways. Water in the springs originate as snowmelt from the Medicine Lake Volcano highlands.”

The towns along this trip are for the most part shells of their former selves. With the mechanization of logging and farming operations, the closing of smaller milling operations, railroad mergers, and the shift towards more sustainable industries (i.e. tourism), these are settlements still looking for a purpose and relevance in today’s world. Fall River Mills has done better than most, with a golf resort, nearby hot springs, and retirement development. Other towns are struggling to repurpose themselves.

We stopped to inspect a forest service campground and have lunch. Just a few miles north of Adin is the Lower Rush Creek forest service campground, only 3/4 of a mile off of combined State Route 299/139. It was a nice little campground with the creek running through it, but you drive past several manufactured home hovels to get to it. In fact, the campground is situated within 200 yards of one of these shacks. I’m not quite sure what a night would be like at this site, as it seems that several of the nearby properties house cannabis grow operations. There is another campground (Upper Rush Creek) farther up the road, but the road was not yet open for the season beyond this campground.

At Canby, we turned north on 139 towards Oregon, we finally popped into the southern end of the Klamath Lake Basin. We made our way into the Lava Beds at Petroglyph Point, containing one of the largest panels of Native American rock art in the United States. It was pretty awesome, but sad at the same time, as one also sees the the results of vandalism thrust upon such a significant cultural treasure.

From here, Mount Shasta again dominates the landscape, with Mount McLoughlin in Oregon also visible to the north. By this time, it was getting late in the afternoon. We headed briefly to Merrill, Oregon, where we used the bathrooms at the local Dollar General, then headed west on California State Route 161. We stopped for a few moments to enjoy the golden hour at Lower Klamath Wildlife Refuge, watching the birds at a gorgeous viewing platform. With hunger pains not too far from manifesting themselves, we headed home to Mount Shasta to grab some takeout before finally arriving home.