Driving home from the Bay Area up Interstate 505 (the “Winters Cut-off), I jumped off the highway at the Midway Road exit just north of the Nut Tree Airport to look for remnants of the Southern Pacific Clear Lake/ Winters Branch along the modern interstate.

I vaguely remember seeing rail cars along the interstate’s predecessor 2 lane highway as our family travelled back and forth between the Bay Area and Siskiyou County in the late 60’s and early 70’s. I rediscovered the railroad branch while looking at old topographic maps of the area recently.

The above topo map shows the railroad running between Hartley Road and the under construction Interstate 505. I explored the stretch between the two arrows, heading north from Midway Road to Allendale Road.

Starting from Midway and Hartley Roads, the railbed would have come through the middle of the warehouse shown in the above picture.

Also at this corner is found a USGS benchmark with its associated witness post, monumented in 1904 (Solano County B 44, PID JS1521).

Along this stretch of the abandoned railbed, a number of small drainages are crossed. Below is one the the concrete culverts used to cross these.

At Hartley and Allendale Roads, we look back south in the next photo, the the raised railbed to the left in the image.

My quick exploration ends at Allendale Road. The next stretch of railbed is now private property across the road.

An accessible, historic, and photogenic bridge worth exploring

The Harlan D Miller Memorial Bridge, known also as the Dog Creek Bridge, is an abandoned concrete arch bridge completed in 1927 as part of US Route 99 just north of Lakehead, Shasta County, California. After Route 99 was replaced by Interstate 5, it carried traffic as part of Interstate 5 until a bridge to the northwest was expanded to accommodate both directions of traffic in 1974. It was abandoned and slated for demolition, until saved due to efforts of concerned citizens, and is now managed by the US Forest Service.

Harlan D Miller (1880-1926) was the State Bridge Engineer for the California Highway Department from 1923 until his untimely death in 1926. During his short tenure as State Bridge Engineer he made radical changes to the way California designed bridges. These changes included requiring all highway bridges in the state be designed by the state and designing bridges that matched the geometry of the roadway. The latter often complicated design fork but the final result (skewed or curved bridges) justified the efforts in drivability.

Miller’s most visible effect on California bridges was the consideration given to design aesthetics. His designs were recognized in their own periods as possessing beauty and boldness. Many fine details can be seen on Miller designed bridges including rail and end post details, as well as clean lines and details of the superstructure design.

When my family relocated to the Bar Area in 1963, I remember driving across this bridge as we traveled to the Mount Shasta region to visit relatives several times per year. After the bridge was decommissioned, it had always been my desire to explore the now abandoned structure. I finally had a chance to do so this past week. 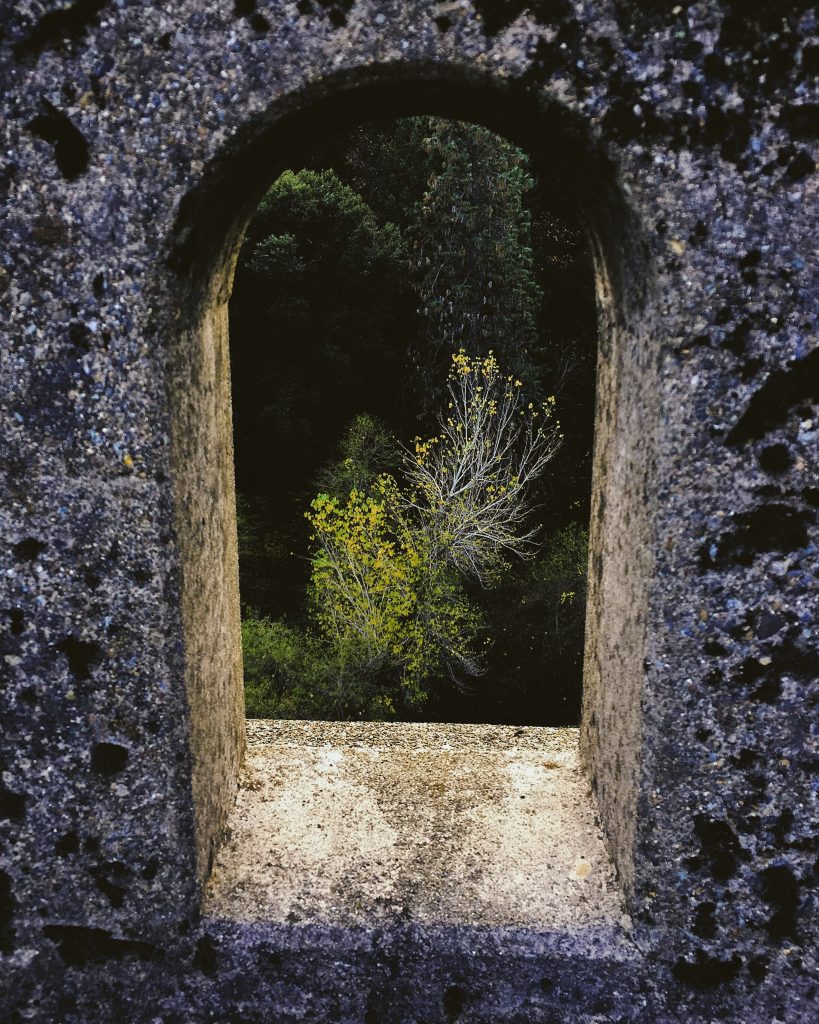 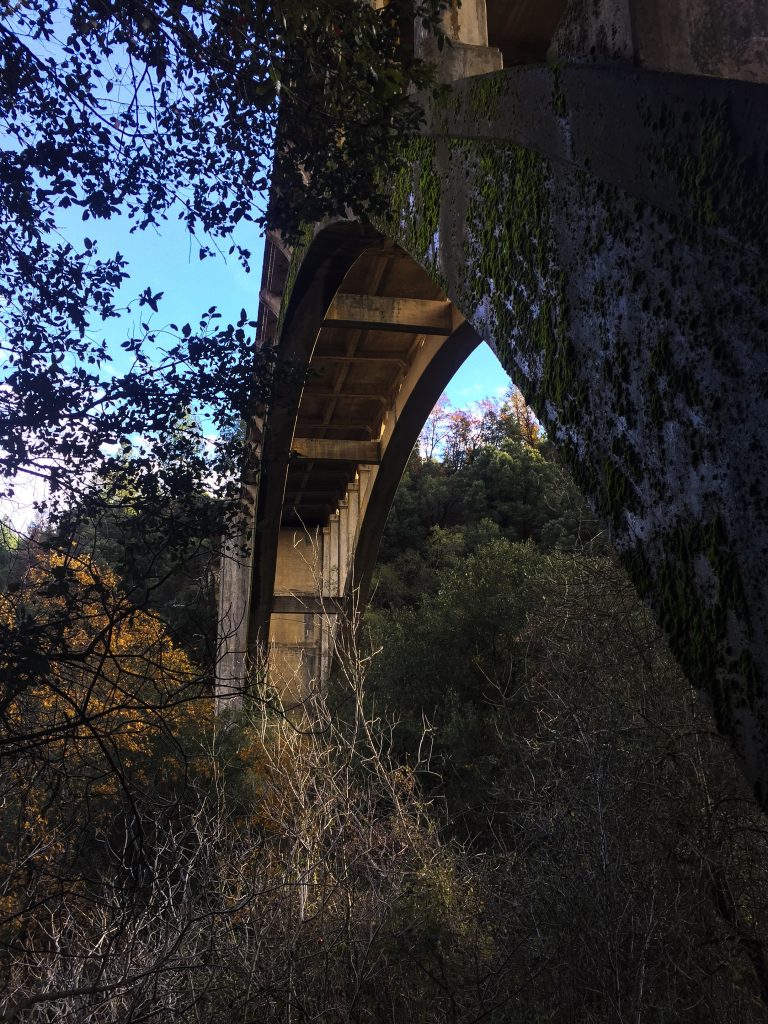 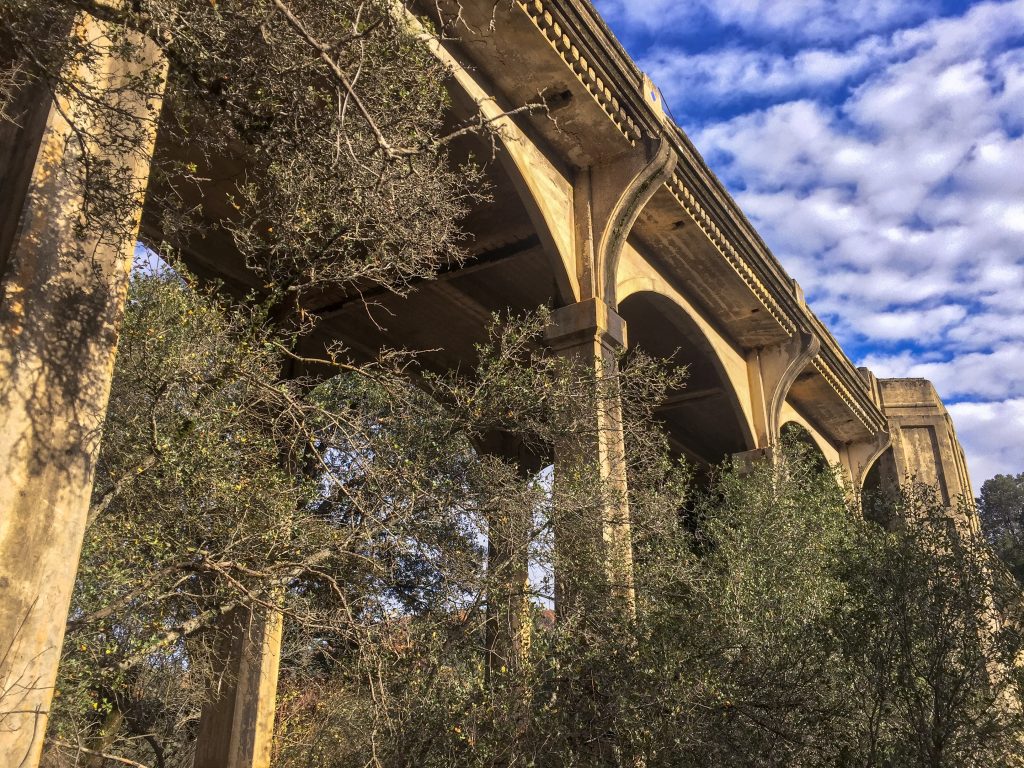 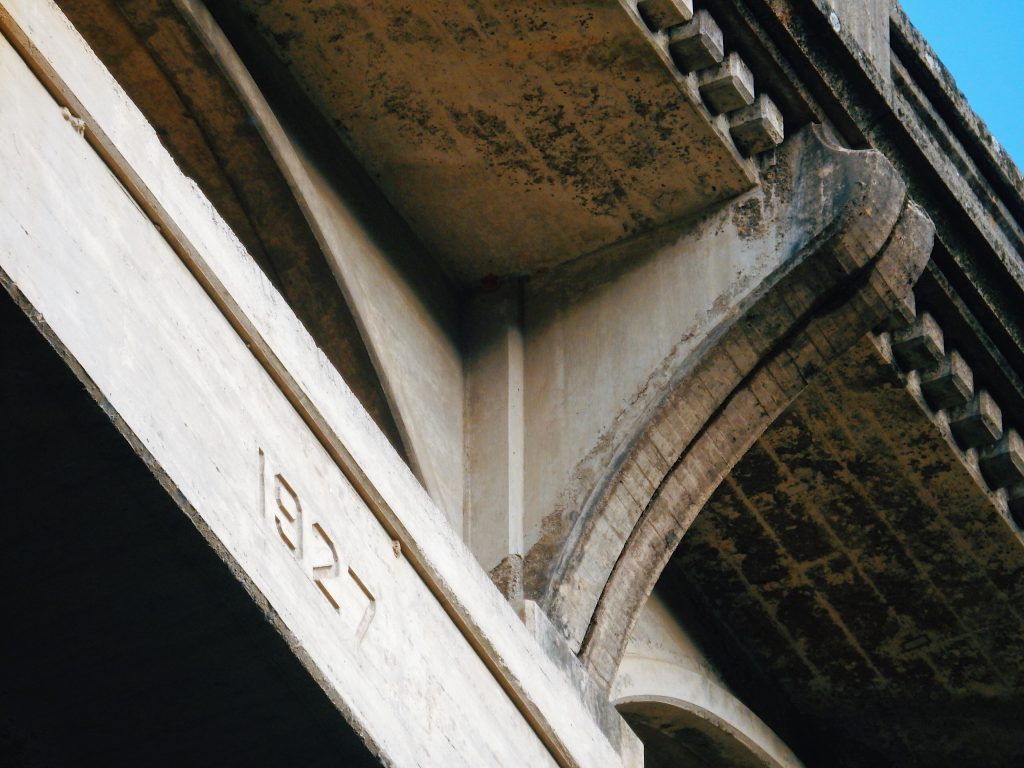 Off Interstate 5, take the Vollmers/Delta exit. Proceed west about a quarter mile and turning left onto Fenders Ferry Road. Drive down along the Dog Creek watershed for about a mile, crossing the creek twice and underneath the I5 span until reaching the historic bridge. Park just before the railroad tracks, and climb up the east side of northern end of the bridge.

According to a couple of other websites, there is supposedly access at the northern end of the bridge from the top, at end of a private road where a Forest Service begins. I checked it out and I’m not comfortable at this time on recommending its use. The adjoining property owners have posted a lot of onerous signage, and have tried to unsuccessfully block the easement. I would be nervous parking my vehicle here. Check this post for updates, as I will attempt to get clarification from the Forest Service regarding use of this easement.