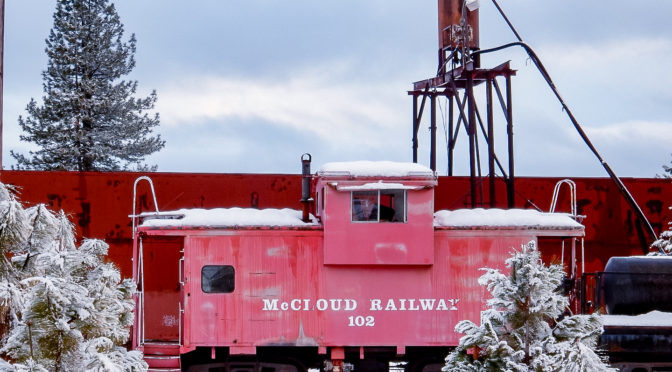 Technically, the portion of this line from the interchange with Union Pacific in Mount Shasta, to McCloud, still exist as a common carrier, though it has not seen any action for close to a decade. East of McCloud, segments of the system are either being converted to a multi-use trail (McCloud to Burney, including the famous trestle used in the movie “Stand By Me”), or are in the hands of other operators.

Upton to Burke (original connection to the SP)

This was the original McCloud River Railroad connection to the Southern Pacific, from 1896 until 1907, when the present connection was established in Sisson, now Mount Shasta. Upton was the site of several sawmills when the line was established. The site of Upton is now occupied by Sousa Ready Mix.

Mount Shasta to Burke (present connection to the UP)

These are found along the technically active portion of the rail line as one travels north on the Everitt Memorial Highway..