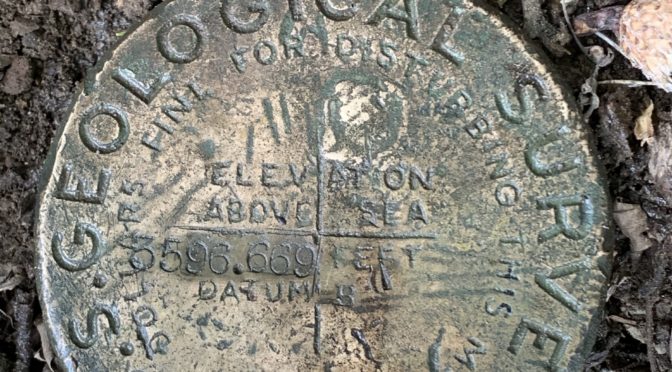 Recent new and updated content to the site in the past week or so: 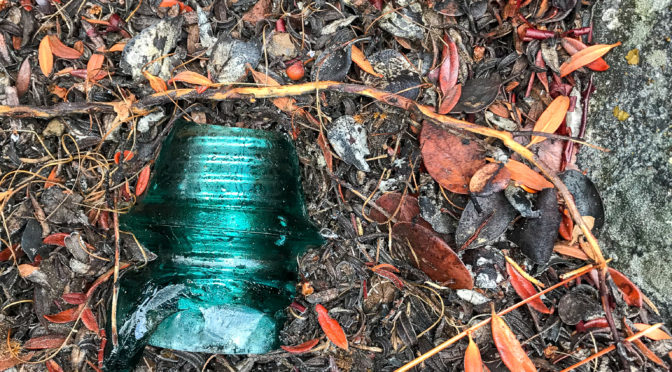 Shortly after moving back to the Mount Shasta area (after leaving as a child in 1963), I began exploring the remains of the Weed Lumber Railroad. The railroad was built in the early 1900’s by lumber baron Abner Weed, to exploit the abundant forests east of the town he founded, with the segment from Weed to Grass Lake being sold to Southern Pacific shortly thereafter. When Southern Pacific opened the new Black Butte Subdivision (from Black Butte, just south of Weed, to Klamath Falls) bypassing the Weed-Grass Lake segment in 1926, the original ex-Weed Lumber Railroad portion was abandoned.

One piece of old right-of-way of interest winds its way along a tongue of lava south of US 97 to Bolam Road, a road which heads south from 97 to the Union Pacific control point of Bolam. I initially walked this segment one day after noticing the raised manzanita and creosote choked railbed heading south off of 97. Later, after checking topographic maps of the area, I noticed that older maps indicated the presence of a benchmark along the railbed. Searching the National Geodetic Survey benchmark database, I found that this one was still listed as Siskiyou County W 12 (PID MX0021).

The datasheet station description of the benchmark is one of the more confusing that l’ve read.

The datasheet states that two recovery efforts were made in 1981 to locate the benchmark, both unsuccessful.

I’ve made three visits to the area to search for the benchmark. I examined both sides of the railbed, including the east side which does not travel next to any bedrock formations. On the west side of the railbed, I searched further than the 12 feet from the centerline where I could, and up to 10 feet or so up the side of the lava flow. Significant erosion of the andesite bedrock along the east side of the railbed has occurred, with several small landslides along the alignment present, and in other places the hillside rock has broken in large chunks, falling onto the roadbed. I spent a lot of time scraping dirt off of the hillside bedrock, hoping to find the brass disk underneath, but it wasn’t to be. My efforts extended from the railbed crossing at US 97 south for 2000 feet, well beyond the distance stated in the datasheet.

I did find numerous railroad ties, remnants of signal poles, a piece of a glass insulator, and a railroad spike, as well as numerous tin cans, probably left by railroad or salvage crews.

What happened to the benchmark disk? I suspect one of several things could have occurred: 1) a worker took the disk as a souvenir during rail salvage and demolition; 2) someone else took it while exploring the area after railroad operation ceased, looking for collectibles such as bottles, glass insulators, or tools (my grandparents did this for years, searching out old railroad, lumber, and fire camps); or 3) the disk is still attached to a piece of rock that is now buried amongst the erosion.

My efforts were not without accomplishment. On my last visit, I did recover a nearby benchmark, D 495 RESET (PID MX0023), as well as 3 Caltrans survey markers, and found a geocache as well.

Driving home from the Bay Area up Interstate 505 (the “Winters Cut-off), I jumped off the highway at the Midway Road exit just north of the Nut Tree Airport to look for remnants of the Southern Pacific Clear Lake/ Winters Branch along the modern interstate.

I vaguely remember seeing rail cars along the interstate’s predecessor 2 lane highway as our family travelled back and forth between the Bay Area and Siskiyou County in the late 60’s and early 70’s. I rediscovered the railroad branch while looking at old topographic maps of the area recently.

The above topo map shows the railroad running between Hartley Road and the under construction Interstate 505. I explored the stretch between the two arrows, heading north from Midway Road to Allendale Road.

Starting from Midway and Hartley Roads, the railbed would have come through the middle of the warehouse shown in the above picture. (7 January 2021 update: It should be noted that a brand new warehouse has been constructed on the land in the above photo)

Also at this corner is found a USGS benchmark with its associated witness post, monumented in 1904 (Solano County B 44, PID JS1521).

Along this stretch of the abandoned railbed, a number of small drainages are crossed. Below is one the the concrete culverts used to cross these.

At Hartley and Allendale Roads, we look back south in the next photo, the the raised railbed to the left in the image.

My quick exploration ends at Allendale Road. The next stretch of railbed is now private property across the road.